How to charge your mobile with wireless chargers? 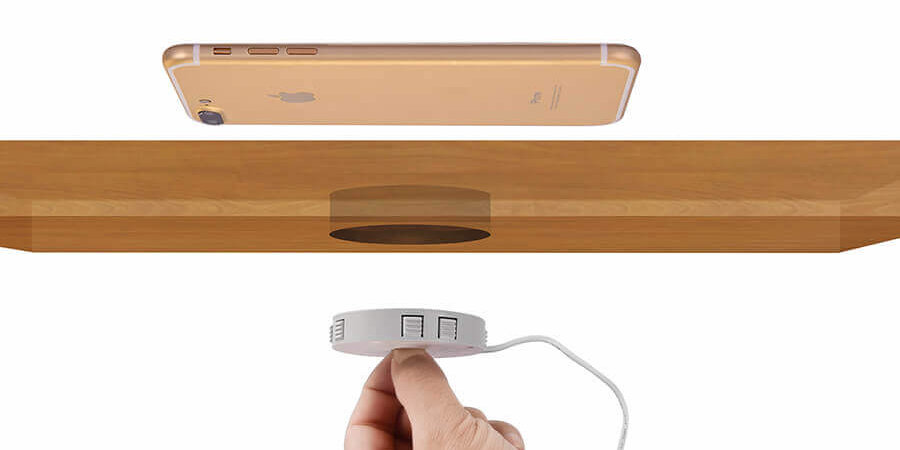 The latest technology is bringing us new devices and new accessories for these, each time more advanced and powerful. For this reason today we are going to talk about wireless chargers, the most innovative new technological accessory that many are still unaware of.

Today wireless chargers are booming but we face an inconvenience: most people doesn’t know how to use them or if they are compatible with their mobile devices.

And the most likely reason why you are reading this article, is because you don’t know either, right? Next we will try to solve all these doubts, and be able to extend a little more the information on this subject that for many seems to be an enigma.

Is it a wireless charger, totally wireless?

While the wireless, although it must be connected to an outlet, it has the ability to recharge the power of a device without connecting it directly to a cable, but simply by placing it on top of the charging base.

Consequently, now comes the big question: Is the wireless charger then, totally wireless? The answer is no. As we have already mentioned, yes you can recharge your devices like an apple watch, a mobile phone, etc. without the need to connect them through a cable with the charging accessory, but still the charger itself must be plugged into an outlet to transmit that energy that will then transfer to the mobile device.

Which kind of wireless chargers are the best in the market?

Before explaining how they should be used, we must know that in the fight ring of the two best wireless chargers are two types: Qi and PMA. However, two new competitors are starting to emerge and giving a lot to talk about, since they are purely wireless. However, it is something very new, so they still require improvements and gain the public’s trust.

First, Qi, was developed by Wireless Power Consortium and its technology has been used by different state-of-the-art smartphones.

The charge provided is done through very high frequencies and for this reason, requires that the device is literally touching the portable charger for mobile and placed just at the determined point of the base, to properly receive the energy.

This factor can be very uncomfortable for the use of this recharging alternative. Even so, with the high frequencies it uses and the concrete placement of the device it requires, it provides a great advantage in efficiency and quality.

In the other equipment, the type of wireless charging PMA (Power Matters Alliance), is considered to be quite different technologically speaking. It is characterized by providing a type of magnetic resonance load, thanks to its Rezence technology.

The negative part of this type of charge is because it’s somewhat less efficient than the previous one, but it allows to have large charging surfaces, in which more than one device can be connected at a time and it is not necessary to place it at any point of the charging base as concrete as the base of the Qi wireless.

This transmitter works keeping permanently in standby mode until it detects a device with low battery, at that moment it is when it automatically begins the charge transforming the energy in radio waves to the device.

And the other novelty is called Cota, which allows charging devices at a maximum distance of ten meters, since it has more conventional wireless connections such as Bluetooth or WiFi.

However, it still has much to improve and develop, because it is too slow with the charging process, only 1 W. However, it is quite effective taking into account the progress it represents, it is only a matter of time to improve this problem.

What mobile devices are compatible with wireless charging?

Nowadays, the last generation devices all or almost all are compatible with wireless charging Qi, PMA, WattUp and Cota being the first chosen by Apple as the flagship of their phones, which makes it the most widely used in the world . Those compatible devices are usually distinguished by having the back shell made of glass and not metal.

In addition, almost all high-end devices that came on the market as of 2017, are compatible with this wireless charging system. In contrast, finding this technology in mid-range devices is very difficult, since they raise the production cost too high.

Some examples of devices compatible with Samsung wireless charging would be the Samsung Galaxy S6, Galaxy S9, Galaxy S9 Plus, Galaxy S8, Galaxy S7 and Note 8. As for Apple we can find this year the Iphone Xs, XS Max and iPhone Xr . But iPhone 8, 8 Plus and iPhone X are also compatible.

Google also launched devices compatible with wireless charging, such as Pixel 3 and Pixel 3 XL. And other companies such as LG, Sony, Xiaomi, Motorola and Huawei also have wireless charging mobiles. Some are Mi Mix 2S and the Xiaomi Mi 8, LG G7, Xperia XZ 2 and XZ 3 and the Huawei Mate 20 Pro.

From Yupcharge we hope that this article has been of great help to you and we hope that you join the wireless charge soon.